Decades ago, when the 7 Habits of Highly Effective People was first published, people scrambled to get their hands on these not-so-secret approaches to success. Among the list was “begin with the end in mind.” The author, Stephen Covey, was simply arguing for a clear vision and plan. Know what you are striving for and think through how best to get there. Makes sense. However, it turns out that there might be another meaning of having the end in mind, and one that is just as crucial to success.

The End of Burning Man

To understand this alternative version of the importance of endings, let’s begin with a story. I was once with a buddy at Burning Man. You know, that no-holds-barred, clothing-optional art festival held annually in a remote corner of Nevada? If you haven’t been, let me tell you that it is physically uncomfortable. The sun is relentless, the nights can be bitterly cold, and there is alkali dust everywhere. I mean everywhere!

On the second day of the weeklong event, I turned to my friend and asked, “How long could you do this? How many days could you tolerate this discomfort?” I was curious to know how adaptable and sturdy he was. I knew his answer would be at least a week, but how more than that did he have in him? His response surprised me.

My buddy told me that he thought he could tolerate discomfort for as long as the event lasted. “If the festival were two weeks,” he said, “then I could go for two weeks, but then I would desperately want a shower and good meal and nice bed on day 15. If the festival were 20 days, then I could last that long but would want all the comforts on day 21.” His answer perfectly reflected my own view.

Israeli psychologist Aviv Emanuel has an interest in sports psychology. Specifically, he is interested in how athletes allocate effort. It is tempting to think that sports require a person to “go all out” in their performance; essentially, flooring the metaphorical gas pedal for the competition’s entire duration. It turns out, however, that this is not true. For example, American football games include four 15-minute quarters but only about 11 total minutes of actual play. Similarly, professional soccer players in the German league spend surprisingly little time actually possessing the ball: goalkeepers have the ball for about two minutes a game, and forwards only have it for between 45 seconds and a minute and a half! This suggests that athletic performance isn’t just stomping on the gas until the tank is empty; it is much more about pacing.

It is the idea of pacing that really fascinates Emanuel. He introduces the notion of the “end-spurt” to describe one element of how athletes determine the pace. To understand the end-spurt, imagine an athlete running four laps around the track. We all know that those four laps are not perfectly consistent in their time. Anyone who has seen the Olympics, for example, knows that runners suddenly pick up the pace in the final straightaway. This is the end-spurt.

The psychology of the end-spurt is as follows: Athletes perceive their effort in the context of the conclusion of the competition. So, if a race is eight laps around a track, all the runners begin at a pace they know works for them. However, as they advance deeper into the race, the prospect of the finish-line looms larger in their minds. As they begin lap 6, for instance, they understand that it comprises 50% of the remaining distance. The beginning of lap 7, by contrast, comprises 100% of the remaining distance. As the impact of each lap increases, so does the athlete’s motivation.

You may have experienced this in non-sports contexts as well. Cleaning out your e-mail inbox, for example, becomes especially motivating as you get down to just a few e-mails, and the end is in sight. You find that you are suddenly alert for the final miles of a long road trip, even though you were tired only an hour before. There is an intensity around painting the last wall in the room you are re-decorating. The list goes on. In every case, it is the knowledge of the end that puts spring in your step.

The End as a Secret of Success

Researchers, including Aviv Emanuel, have also investigated the ways that knowing about end-points can affect performance. To do so, they did what cognitive scientists have been doing for generations: they had college students complete absurd tasks designed to stretch one’s brainpower. You know the type of task: which way is this arrow pointing? How about this one? What color is this word written in? What does the word say? What about this arrow, which way is it pointing? Over and over and over again. In fact, the students switched tasks more than two thousand times. The researchers, meanwhile, tracked the students’ fatigue, boredom, and performance.

Notably, one group was told that the tasks were grouped into blocks and was given feedback about how many blocks they had completed. As you might guess, the folks in this group performed better. Certainly, the mind-numbing tasks left them just as mentally tired as their peers but knowing how close to the end they were, helped. As they saw the end looming, they were able to look forward to it.

This ability to perceive end-points then is among the secrets to success. It is an argument in favor not only of tracking progress but of watching the space between “now” and “deadline” shrink. It is the unspoken philosophy that underscores the “Pomodoro method” in which people break large tasks into smaller, manageable ones. It is relief and optimism that allows people, like my friend at Burning Man, to tolerate discomfort for a while.

A final metaphor may be instructive in applying this concept to your own life. Imagine two people in vaguely similar circumstances. One is marooned on an island and is scratching has marks into a palm tree to count the passing days. The other is imprisoned and is scratching hash marks onto the cell wall. Superficially, it seems that both are merely tracking the passage of time. In reality, however, one is counting up, and the other is counting down. And countdowns, as anyone who has ever watched a bomb being defused in a movie, have a way of focusing and motivating us.

So, what are you going to do? The clock is ticking. 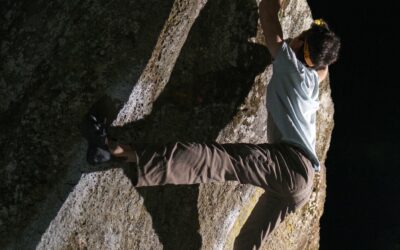 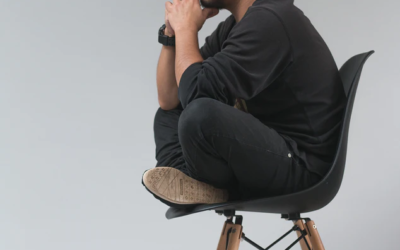 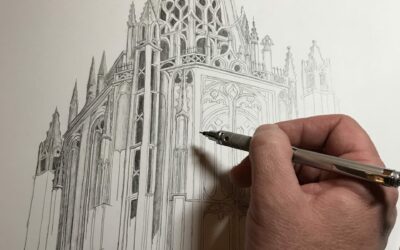